I’m completely new to MIDI and following the recommendations here I purchased the Behringer FCB1010.
Trouble is the only thing I’ve been able to get to work with the DuoX is the expression pedals.
I’m a bit clueless as to how to assign the footswitches to simple operations like turning an effect on and off on my pedalboard.
I’ve ordered the UNO EPROM upgrade chip as it seems to fit my needs a little better with it’s pedalboard mode etc.
For now however, and so I can learn about basic MIDI functions, could anyone give me a helping hand as to how I should set up the FCB1010 to work with the DuoX?

Any help would be really appreciated folks

Many thanks in advance.

Is it possible to assign midi control change message on fcb1010(midi cc)? As I check the manual of fcb1010 it seems to be possible to send the cc message.

If it is right, then you can assign the parameter of mod duo x plugins as midi.

Sorry if I’ve misunderstood the question, but did you try the following?

There is also a child section for MIDI, but I think it is best to read the parent first.

Hope it helps set you on the right path!

Also try a PC editor - I used to use www.mtnsys.com/?path=faq-fcb/PCEditor.htm%3f

Which looks basic but works perfectly. It’s quicker to set parameters and you can see at a glance what is set with the spreadsheet style front end.

Then you can set PC CC or even Note for each switch and possibly even stompbox mode if your firmware allows . Also works with the UNO

Hey Krysalan, as far as I know, the footswitches on the FCB1010 send MIDI CC (correct me if I’m wrong).
Assigning switches on the MOD plugins to them should be fairly easy. Perhaps yous should take a look in our Wiki, more precisely here.
Let us know if you got it up and running.

I think my issue lies with not knowing what CC to send from the FCB, currently the footswitches just change the patches on the FCB.
I’ve downloaded the editor for the FCB but it’s still not clear to me what to program the FCB to do to communicate with the DuoX.
The DuoX recognises the Expression pedals just fine but not the footswitches, which I put down to me not having programmed them ?

Thanks guys, all the replies are really appreciated

The footswitches should be programmed to send CC messages. It doesn’t matter what values you send, but you should make them unique per footswitch. Example switch 1 = CC1, switch 2 = CC2, etc.
When you set up MIDI learn on your device, it waits for a CC message and whatever it receives is what gets assigned to that parameter. That’s why the numbers you choose can be arbitrary.

Ah, thats awesome. My first step to getting a grip of things. Makes total sense and easy to organise/ visualise on the FCB programming app I downloaded.

Got the UNO chip for the FCB and I’m in business - pretty good editor for the FCB from UNO.
I found that in Stompbox mode for instance, a CC value of less than 64 turns an effect off and over 64 turns it on. I’m going to delve deeper obviously bu thanks to you guys and UNO I’m on my way

Glad you are all sorted. Now you just need to mod it ; ) 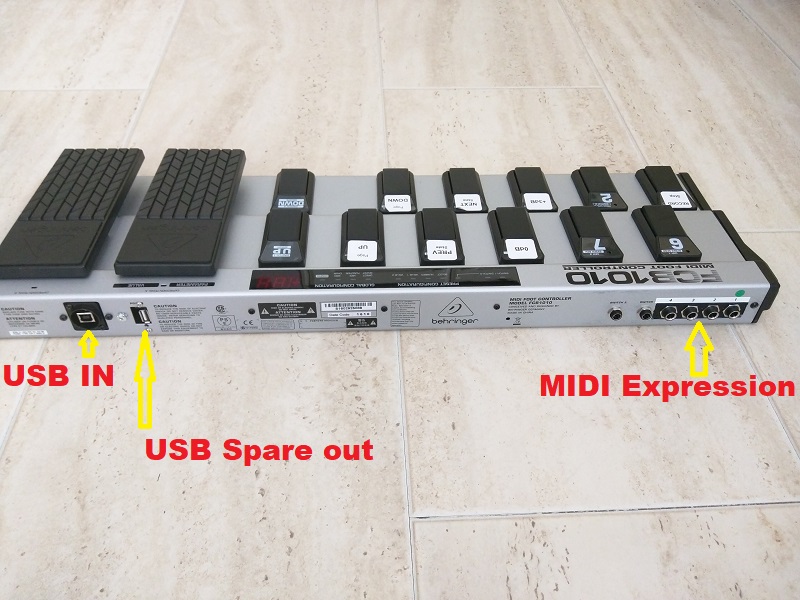 This was yesterday’s project - posted in case anyone is interested in doing the same thing. My existing pedal board used a MIDI expression to take inputs from the sustain pedal, “Next State” & “Previous state” switches, and a couple of other...

Heyho,
I am finally trying to use my mod duo a bit more seriously and obtained my an FCB1010 to control it.
This is actually also my first serious introduction to programming a midi device what I thought should be quite easy with midi learn on MOD DUO.
As I already read, it seems to be possible now to assign presets and even pedalboards to midi commands- awesome!!!.

However, For now I was just trying to assign an on/off functionality of a plug in to one of the footswitches. My naive approach: press “save” under assign midi and then press the footswitch on the fcb1010. That did not work.

Okay now I am a bit lost. I know the difference of CC and PCM and in in my mind it seemed to be logical that CC is there for changing parameters and PC for turning things (plugins) on/of - using CC for turning things on/off was a bit counter intuitive for me but I’m also understanding the principle how a value of 64+ can activate and 64- for CC can deactivate something.

But I would not have a glue how to achieve this with the MOD DUO yet as the MIDI options in the assignment menu seems not to allow something like that.
Do I actually need to fiddle around with the midi utilities in the board creator to achieve plugin control? Do I actually need to connect MIDI in and Out on a bedalboard to have my amp chained in the midi OUT of MOD DUO ?
Sorry for those maybe stupid questions.
I will get an MIDI-USB adapter to be able to program my FCB via mountain utility software tomorrow.
I would be really thankful, if I could get some help for my first steps into the ultimate MIDI driven world

Thank you in advance!

I know the difference of CC and PCM and in in my mind it seemed to be logical that CC is there for changing parameters and PC for turning things (plugins) on/of - using CC for turning things on/off was a bit counter intuitive for me but I’m also understanding the principle how a value of 64+ can activate and 64- for CC can deactivate something.

It’s actually more common that you use CC messages to turn things on or off and Program Change to some other more global settings.

Thanks a lot to your reply! I got a bit further…
I was definitely lacking some background knowledge.
Actually I had to understand first how to program the fcb1010 with the firmware 2.5 to send out cc messages. If someone else is coming across this topic and too lazy to read the manual those links were really helpful: 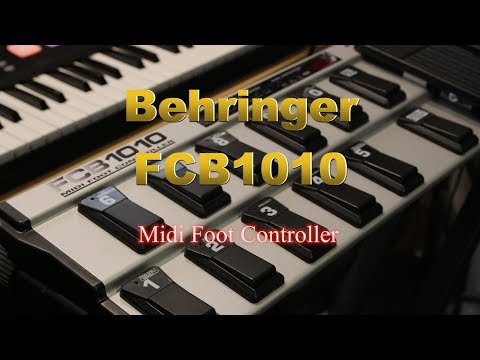 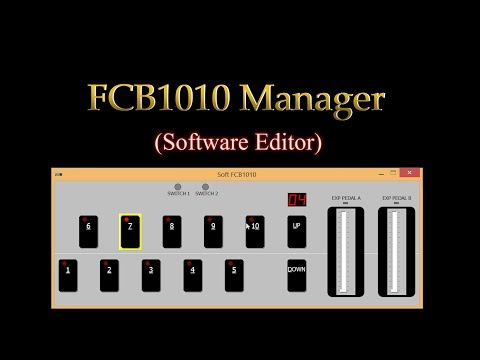 Now this works just fine as I expected. Then I thought “oh hey cool! Now lets use the Expression pedals on fcb1010 to control e.g. gain in the mod duo!” Unfortunately that does not seem to be that easy. I think I have to use the “Midi to CV” plugin and play around with that?
Snapshot changes and pedalboard changes will come next but as I understood they are set up in the system config?

Thanks for the help!

Okay, what I said was wrong again. MIDI can be directly mapped to continious variables. However, the expression pedals from the fcb1010 needed propper calibration before. 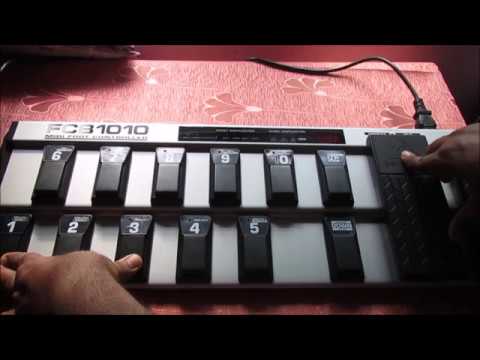 You got it all

even the answers for your questions.
I don’t own an FCB1010, but something that I heard/read a few times is that the expression pedals may be a bit weird with their calibration.

However, the expression pedals from the fcb1010 needed proper calibration before.

The FCB 1010 is surprisingly sturdy and really road worthy. But many users know that one needs to calibrate them very frequently, if it’s to be used in many different venues.

This is due to the fact that they do not rotate a potentiometer – like most pedals – but instead they have an acrylic plate that goes from transparent (so to speak) to full opaque, and that is interpreted by an optical device which then outputs the value. Therefore, if it’s too humid, too dry, too bright, too dark, if it’s daytime or nighttime (for open air gigs), if the current fluctuates too much, all of these will affect the light crossing that plate and readings will differ.

It is also known that as the FCB units age, this plate might get somewhat opaque due to dirt and it gets hard to reach the 0 value. (Users in coastal areas tend to have problems earlier on.)

That being said, they’re great units (I own a Uno-powered one) and can provide many years of good services. When the plates become too dirty, it is not hard to disassemble and clean them – though one has to be careful not to remove the paint of the dark area.