Hi…
First , i like this looper a lot…!!!
Do you think it’s possible to add a volume per recorded track that doesn’t affect the incoming signal…?
I’m using it a lot with my boss rc looper…
I’ve founded a way to do this with 2 volumes and a switch but it’s a bit boring…
Thanks by advance…
Fred

Maybe @looperlative can give you some feedback about this request.

You’re speaking about showing the volume in the app interface? Because you mapped to two volume knobs you said?

And changing your track volume affects your incoming audio as in your dry signal? There’s an option for which signals you want to output. Dry, dry+wet or just wet/recorded signal, i believe. Not with my Duo X right now to confirm it though.

Just asking to try and clarify the question a bit better because i love this looper too!

Independent output volume controls for the tracks is possible. I’ll need to look and see how it fits into the UI.

Hi, Thanks, but i don’t see this option in my looperlative on Dwarf…

Thanks…
It could be a nice feature.
Maybe a choice between Volume or Feedback if it doesn’t fit in the UI…?

MOD created the web UI for the plugin and I likely won’t change it, but I can create the control that you could map to a knob or alter via a MIDI CC. That is more straightforward.

I just checked. The store already already carries the version of the plugin that has the independent volume controls. Use the settings screen for the plugin and assign Vol1 and Vol2 to knobs.

Great…!!!
I didn’t checked for an update…
Thanks

Hi @looperlative . Sorry to bust in but i was wondering if there’s a way for the replace commands to be quantized to the length of the recorded loop?

i was wondering if there’s a way for the replace commands to be quantized to the length of the recorded loop?

It is a possibility as my physical products have that feature.

Uhh that would be great! Maybe with the next update?

Maybe with the next update?

I don’t have a plan, yet. So, there is no possibility of answering that question at this time.

Sorry to bust in but i was wondering if there’s a way for the replace commands to be quantized to the length of the recorded loop?

They’re not quantized to the length of the loop. So if I do the 1/8, 8 times, it’s gonna be hard to time it the exact 1/8 of my loop, thus not being able to produce the rythmical quantized replace effect.

They are synchronized to the start of the loop although I’ll have to check to see if it is possible to replace 2 sequential segments.

So I’ve made two drawings to explain a bit my case, so forgive my paint designs.
We’ll be using the Replace 1/4 because it’s easier to draw.

Although in my case: case 2, this is what happens:

Let’s say I was about to press the replace button close to the start but was a bit late so the Replace 1/4 in red happen just a bit after the start thus, not snapping it to the start but to the moment I’ve pressed the button.
Similar case on the orange one. Again, I missed a bit the middle mark and was a bit to early so it didn’t snapped to the half point of the loop or 2/4 but a bit before. And when I pressed it again for the green, I missed the starting point of the orange so there’s still a bit of orange left but now the majority of the green is replacing the old orange.

Is it understandable and is this something that some other people relate to?
Because I’ve seen videos where this replacing function goes perfectly quantized on the loop subdivions and doing it with a 1/8 you really get a rythmic effect by diving the loop in 8 perfect subdivions.

I must say I’m on a Mod Duo X and was using one of the 4 buttons to activate the replace manually. Latelly I’ve got a MIDI foot controller to do it but the result is the same.

I think your problem has to do with the behaviour of the switches.
I don’t know exactly but I think the button sends a command on releasing the contact pressure.
In this case a function “trigger on next timeslot/tick/beat/bar” (1/8, 1/16…you name it) would fit your needs better.
I have no clue of a workaround yet, but maybe someone in our friendly community has it.

This is mostly my frustration using loopers @joaehun. And I always blame my skills.
I’m talking generally here about loopers and looping.
As I stated a few times around, I still didn’t take much time to test looperlative (I consider myself a newbie on loopers so I would need probably a full day), therefore I’m not sure if this function exists already, but what you need is some function that makes your push on the button to snap on the right time (regardless of any latency on your side or on the button side). As you can’t travel back in time, if you push the button a bit too late, it should hold on to the command and just execute it when the bar finishes. If you push a bit too early, it should hold the command for those few seconds until it is a new bar.
Pardon if I’m stating the obvious. Is there anyone already more familiar with the LP3 that can help @joaehun achieve this?

Can someone explain to me why this is happening in Host sync? It gets through a full loop after the intial recording, then just decides to do weird stuff. Is it something I’m doing? I’m really mystified… 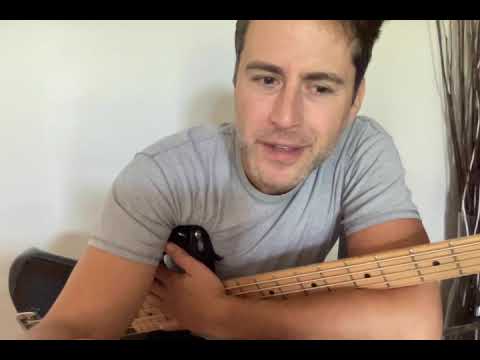