I’m new here, not even have received my ModDwarf, but in thinking of the way I will use it.

In a show I’m in, it would be quite a relief if another musicians using Abelton Live could send to the Darf a MIDI control change (while I’m away from it) to change the snapshot to the next one. But I see two huge steps in this request :

I’m not sure if I’m clear, don’t hesitate if this needs some precision…

How far away are we from this request ?
Does anyone else is interested in this ?

I know that some WiFi features are in the pipeline for being worked, but I cannot verify if midi is a part of the WiFi capabilities.

Here is the wiki regarding WiFi on the mod platform: WiFi - MOD Wiki

There is no mention of midi that I can see, but this does indicate that the WiFi capability is extremely experimental, and seems to be very technical. Even if you can get the WiFi working, I believe it’s for accessing the GUI

Otherwise, I’m sure someone from the MOD team will give you a definitive response regarding your question.

Just to clarify the requirements of the request…

Edit: sorry I re-read your post. This topic might help Ableton link?
TLDR Mod connects through the USB Network

there are some midi devices out there (or joysticks, those work as generic MIDI devices on the MOD units too!) that provide a little usb dongle and then allow to use it wirelessly.
that might be the best approach at the moment, because it is what works already, right now.

I know there is midi-over-bluetooth as a standardized thing, but I am no so sure about midi-over-wifi. if you know/have any details, please share.

I have now multiple paths to test !

Have you ever looked at the cme widi products? They are using Bluetooth, but distances up to 10 meters should not be a problem. However, you must use for the connection to the Dwarf CME Widi Jack, because the Midi over Bluetooth with a normal Bluetooth dongel can not (comes perhaps somewhen, if enough people express interest). 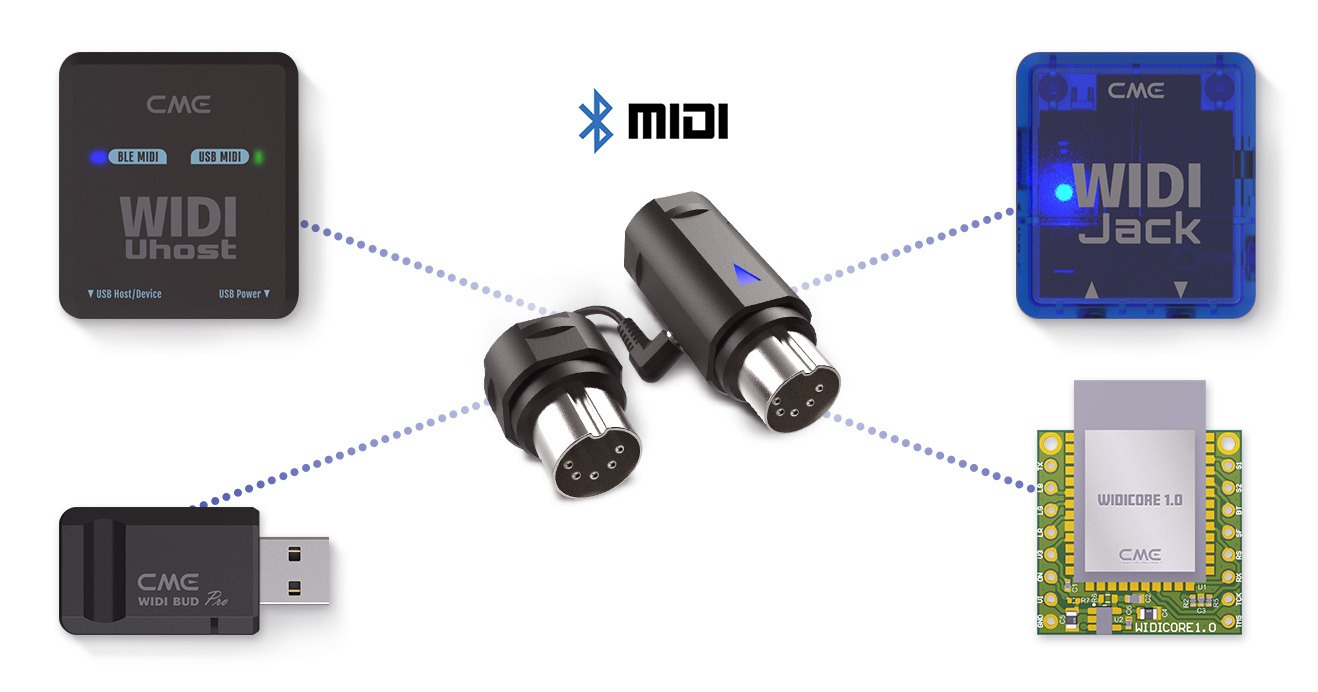 I know there is midi-over-bluetooth as a standardized thing, but I am no so sure about midi-over-wifi.

Nope. MIDI over wifi doesn’t exist, at least as a standard.
Maybe some of the devices that use a dongle for wireless do have some sort of wifi communication between the transmitter and the receiver and then it is converted to MIDI on the receiver (aka “dongle”) side. But wireless MIDI as a standard just BLE MIDI.

EDIT: over WIFI/UDP you have OSC.

Not sure exactly how it’s configured on the CME stuff and I think you can edit it in the app, but they use Bluetooth 5.0 and Bluetooth 5.0 allows you to have pretty much the same distances as WiFi. You just need to have a balance between speed and distance (more speed, less distance and vice-versa), but for MIDI data I believe that speed is not a problem since the packages to transmit are fairly small.

There is one specification for Midi over network called RTP-MIDI, which is a standard and described in more detail in the Midi Association website: 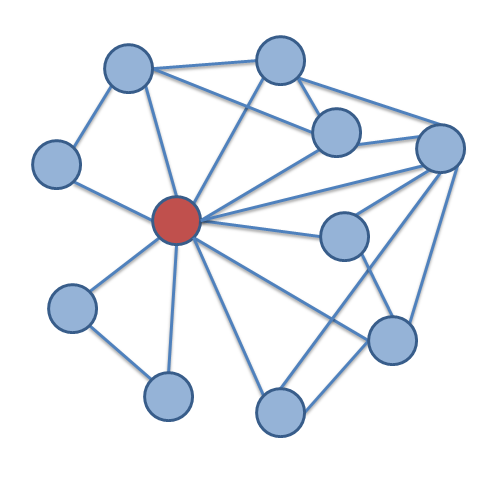 RTP-MIDI or MIDI over Networks

(This scientific paper presented at the 2004 American Engineering Society conference explains the protocol in deep detail. Those interested should also read the final specification – RFC 6295.)

It was developed at UC Berkeley and is fully implemented in Apple’s Core Audio engine but with little adoption elsewhere. It allows MIDI information to be exchanged via wired or wireless networks.

That being said, implementing that in the MOD device would most likely require another microprocessor and/or a major tweak in the OS, so it might not be worth it. MOD already offers 5-pin or Midi A outputs and accepts MIDI in via USB, so it’s a lot of work for relatively little gain (in my non-savvy opinion.)

Also, anything wireless – be cordless phone at home, a TV remote control, a super expensive Sennheiser wireless Microphone, etc etc etc – brings with it the utter nightmare of getting approvals by various Communications commission around the world. (The FCC in the US delayed Fishman’s Triple Play by almost a year with their endless requirements.)

You have plenty of options for transmitting MIDI wirelessly, not necessarily under a network protocol: the CME line above (which is bluetooth), Roland’s WM-1 unit (which works via RTP-MIDI on Macs but, for Windows, requires a USB dongle), and lastly you can try some 5-pin to 5-pin MIDI wireless units. The top dog here is Pandamidi’s Midibeam, but the system alone is half the price of a Dwarf!

Bear in mind that any RTP-MIDI application will bring in some latency.

Mod has implemented Ableton Link, as @danmh pointed out. If you run the MOD as Master Sync, you can connect either via Bluetooth or USB to one of the Macs (but both have to connect via Link too.) Mod has my eternal love for that feature alone!

(Not sure if Link does PC messages, though.)

Thanks again for feeding this question ! The different posts are so precise, clear and helpful, it’s so good to see this, thanks a lot everyone !

Have you ever looked at the cme widi products?

I didn’t look into Bluetooth simply because I thought it would to a too long distance (I need about 6m) and quite a mess with a crowd full of smartphones (saturating the 2,4GHz). But your post is encouraging !

Bluetooth 5.0 allows you to have pretty much the same distances as WiFi

Oh !!! Cool !!! In this thread about bluetooth dongle there no 5.0, is there one product you know working with linux ?

so it’s a lot of work for relatively little gain (in my non-savvy opinion.)

Yep ! And it seems promising and obsolete at the same time if the paper is from 2004…

I think it is largely simpler to get a simple midi cable to my friend’s PC, and then his PC sharing the sync with the other PCs, but it’s not expensive to test the bluetooth solution, I’ll give it a chance !

In this thread about bluetooth dongle there no 5.0, is there one product you know working with linux ?

I didn’t test it myself, but the Asus USB-BT500 should work.

The CME stuff that @in5y372 mentioned has Bluetooth 5.0 and you can just use dongles connects either via USB or TRS/DIN MIDI on the MOD device. If your only goal is to send and receive MIDI messages and not access the WebGUI this is enough.
A dongle will just help you with wireless access to the WebGUI.

ah okay ! Thanks… so I’ll try a cable first