Well today has been an absolute shit show.

I lost everything folks, my mixer is apparently not recording anything at all, my tracker is kaput.

Pretty much everything I’ve done up to this point over the last few months,

I’m pretty bummed out, I have partially recovered my tracker from being bricked, but it’s looking really grim. 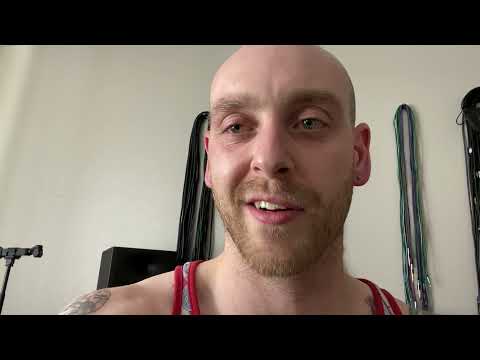 It’s gonna be a while before I can record anything, but I’ll do my best to continue assisting where I can.

Fingers crossed that I can fix some of this mess and get back to jamming soon.

tomorrow there will be Things.
they will be New Things!

you will find a way.
take care of yourself!

On a positive note, I was successfully able to recover all functionality of my tracker and mixer. It is operational again!

Bummer I lost everything, but seeing as my creative process knows no set standards and I haven’t found my dedicated style or voice, I’ll be back to creating in no time!

I appreciate you reading!

Well, it’s a lot of work but you’ll rebuild it. And it will be better, I assure you.

And we’ll patiently wait for the Opus of the Dwarf anthem!

I was surprised at how well that “anthem” came out given the limited experience. I had really hoped to be able to spend some time working on that some more, but unfortunately it was all lost.

That’s alright though! I’ll try my best to make something better!

With your audio tips, I can say that whatever I produce in the future will be much cleaner than anything I’ve recorded before.

I want to thank you from the bottom of my being for your advice, as it’s already improved a big gripe of mine!

Well, I can’t do anything nearly as cool as your stuff, so I better use whatever neurones I have left and give whatever little assistance so that you make it.

I’ll be honest and say that I’m really flattered by the compliment given.

I had a really bad interaction with a community (that I won’t name) about the stuff I share. I almost considered boxing up my stuff to sell because it really rattled me.

I ended up removing myself from recording and sharing for several months. Luckily I found this place with all the wonderful people here.

I’ve had nothing but motivation since I’ve joined the mod “family” and a YouTube friend convinced me to stop criticizing myself so hard and to just post what I like. So that’s what I I’ve been doing.

I really appreciate your thoughts and praise, and I’ll keep doing the best that I can do.

If you ever decide to share the things you create, please tag me for a listen, and I’ll make sure to sub to your channel or buy your albums down the road!

I’ve had nothing but motivation since I’ve joined the mod “family” and a YouTube friend convinced me to stop criticizing myself so hard and to just post what I like.

Corny and cliche as it may sound – and it actually is! – the best thing you can do is just be yourself. People can just exist and have their opinions, therefore you can too.

A lot of forums/groups I’ve been to were like petty little churches, everybody preaching to the converted, too damn like-minded and too damn full of themselves. Whenever someone posted a song or something, there were 3 spineless “good job!” comments and a few people here and there asking about how did they set it up, but not one honest appreciation of anyone’s job. True, you don’t have to like stuff that you don’t like nor pretend to, but to give people some props doesn’t hurt.

I think the real strength of this community lies in the fact that MOD devices can be used by a wildly broad range of musicians and therefore this breadth is represented here: guitarists, noise makers, DJs, double bass players, singers, synth folks, sweet and mellow nylon-stringed acoustic guitar bossa nova players, crazy 8-string fan-fretted death metal guitar players, people who bought their MODs yesterday and are already jamming internationally with it today, doofs (like myself) who still have no clue what to do with it, big time live performers, studio-only folks, hardcore programmers creating their own plugins, old-timers trying to recreate the 1965 Fender Bassman sound, and the list goes. If I’m not mistaken, most people at MOD are musicians (I know for a fact that Gianfranco and Jon are guitar players), so they think a bit like us.

Therefore, there is less of that little town, everybody knows everybody and knows about everybody’s life type of thing that you might have faced in your other groups, whereby people either criticise harshly or flatly fall envious of other people’s work. I was part of the digital guitar groups since the mid 90s, when it was hosted at a US university, then eGroups, then Yahoo Groups and then it died altogether. Back then, some of the most brilliant people in that area were regulars – Andras Szalay (inventor of the Shadow, Axon, Fishman Aura and Fishman Triple Play), Richard McClish (RMC pickups), Rolf Spuler and Matthias Grob (Paradis Guitars), just to name a few. They ALL left within a few years, because it was too much blah blah blah and very little expertise.

So, the best we can do here is to help each other, respect each other, share our findings, point others to the right resources, and so on. It may not look or feel like it, but in the end the success of someone is also your success – a bit of a Buddhist discipline. If A can help B do something, then maybe B will inspire C to achieve something else, C will assist D in sorting out some problem and D will help A to build a certain pedalboard A needs. So it comes around.

I really appreciate your thoughts and praise, and I’ll keep doing the best that I can do.

You do not have to thank me. You earned it. It was another member who called that song the “Dwarf Anthem,” so you see that people genuinely appreciate your work.

Then, there might be some who don’t. Fine. No need to pretend they do, and much less manifest their dislike.

If you ever decide to share the things you create, please tag me for a listen…

If I ever have the discipline to record something, I bet my life you’ll be snoring before the 16th bar…

@Elk_wrath those were certainly bad news. Anyway, as you already read here, don’t let it put you down. Take it as an opportunity. An opportunity to do even more things! A fresh start, but now starting a few yards forward in all your incredible learning process. More ideas will come and soon enough you will just run out of space to save your stuff

@QuestionMarc yes indeed. I’m a guitar player, mess around a lot with synths, and overall with “noise machines”. I like to “play” with the tools that let you sculpt sounds (like effects), I believe that they are as much as an instrument as a guitar or a bass, they may just be placed differently in a setup - come on…have you tried to change the delay time of an analog delay while playing some other instrument?! Isn’t that “playful” and an expression machine?!
I also like to play pretty much anything that makes sound…sometimes even tables or cutlery/dishes.
I take all of these approaches to my so-called “guitar playing” and that makes me probably one of the most “weird guitar players” that you can listen

I gotta say that I really love your vibe and truly appreciate your perspective.

I have definitely been in some communities (I still am, but have been too) that have a more elitist air about synthesizers and music creation. Very much centered around formulaic western music. Anything outside of that is derided a bit.

I had a bad interaction a few months back that made me consider boxing and selling my gear off, and I deleted everything from my channel up until that point.

Ultimately I just decided to remove myself from that particular community for a bit. I stopped recording altogether and just played stuff for my wife while she painted.

I ended up returning to that community not too long ago, and the vibe is still the same. I post a video, ask for feedback, and not a single person says a word about it.

So the community aspect is frustrating at times, at least in that place. Here I don’t mind sharing and actually look forward to making something to post.

You are correct in the awesome amount of diversity here, a big part of sharing things here is that I am getting an opportunity to hear what people from different instrument disciplines can do with this wonderful box. I post synth stuff because that’s what I have; but there is a much larger, and even bigger supportive musical community.

That’s the vibe I get here, and I really enjoy being here with you all!

You’ve got a wealth of wisdom, and I’m super excited to learn from your posts.

You and Frank have a few years on me, but that experience you can share, and those of us who are newbies can gain a lot of wisdom from you.

I really appreciate you, your contributions, and I’m excited to hear what you are doing with the mod platform!

I’ve restored all functionality to my gear, and although this was a big set back, it’s also a fresh beginning!

I’ll be back to recording tomorrow and will keep trying to make stuff to share with everyone.

Hope all is well,
-J

but I’m totally fine with it.

And so are we. Your many Dwarf-related tasks allowing, please share some of that “weirdness” with us.

I stopped recording altogether and just played stuff for my wife while she painted.

That is one lucky lady!

I’m excited to hear what you are doing with the mod platform!

Well, I’m looking at it sitting on my desk, still clueless as to what to do with it.

The only thing I’ve done so far is to create a single pedalboard (other than one I built recently for this thread) in which I have an amp, a cab simulator, and a reverb. I mapped every single button and switch of each of them – including the drop-down menus of amp and cab to the endless knobs, so I can scroll through all models. That way, I can test a setting only using Duo X’s knobs AND without the computer connected. Kind what we used to do with real amps and stompboxes, playing and twisting until the sound was right.

You and Frank have a few years on me…

When I turn 50 next year, I will start doing like Italian women around me and spend the following 15 years turning 50. Then our age difference will go away.

I’ve restored all functionality to my gear, and although this was a big set back, it’s also a fresh beginning!

I will try one of this days

It doesn’t need to be something super complex. Just starting somewhere. Deal?

The only thing I’ve done so far is to create a single pedalboard (other than one I built recently for this thread) in which I have an amp, a cab simulator, and a reverb.

It doesn’t need to be something super complex. Just starting somewhere. Deal?

Deal. My pedalboard will be ready 3rd of September! (Please notice I didn’t specify the year!

I have something in mind that I want to try, so maybe that’ll do it. I need to learn more about the sequencers and sync. Also, I’m selling my guitar while I build another, so there’ll be an instrumentless hiatus for me.