Is there a non-MIDI Guitar to Piano Simulation available?

I am new here. I am tentatively planning on purchasing the MOD Dwarf but first I have questions that hopefully someone can shed some light on. I love the guitar signal to synth pedalboard demo videos. That as it is would get me half way where I would like to be. I was wondering if anyone is able to do the same type of pedalboard using some of the piano “pedals”. From what I could tell most of these are for MIDI (please correct me if I am wrong). I was hoping there was a way to go strait from a non-MIDI guitar input and somehow trigger a piano type of simulation. Can or has this been done? Any type of guitar signal to MIDI converter plugin that could work with any existing MIDI pedals on the Dwarf?

Thanks in advance for any info you can give me,

For the sake of clarity, do I understand that you want to play the guitar into the Dwarf and hear piano sounds come out the other side? (gross oversimplification)

Yes that is exactly it. I heard / watched what was possible with the guitar synth pedalboard and was curious if something similar could be done with piano sounds.

I was wondering if anyone is able to do the same type of pedalboard using some of the piano “pedals”.

Your best non-midi, hardware option is the Electro-Harmonix Key9 – though it’s electric piano and keyboards only. See this video for more.

For the time being, all other options for piano sounds would involve guitar-to-midi conversion, either within the computer (Midi Guitar by Jam Origin) or in hardware, prior to entering MOD: Fishman Tripleplay, Boss SY1000, GP10, VG99, GR55, GI10/20, then Axon, Yamaha G50, and a few others.

Thanks for the suggestion QuestionMarc, but I am looking for a midi solution even if it is monophonic. My reason for all of this is that I am trying to get away from having MIDI specific pickups so that I can change guitars whenever I want to without having to change midi pickups or buy additional midi pickups. I only use the midi guitar on a few so was hoping to find a solution on the MOD platform before I buy one.

You want piano sounds specifically, so that’s what complicates your quest. For analog synths you could use the MOD as it is, but a non-midi piano plugin is hard to find. (It might exist, I just don’t know about it.)

Monophonic midi conversion into the MOD (without hexaphonic pickups) can be done via the Sonuus device.

Poliphonic guitar straight to midi (again without pickups) requires a computer, so you can run either Midi Guitar or MiGic then pipe it back into the Mod. (Not sure this is very practical, as you can load the VST directly into Midi Guitar.)

One forum member, @jimsondrift, is developing a Guitar to Midi plugin for the Mod. Please see this thread. The LV2 version is already available and he’s working on making it better. There is no set timeline for a MOD version, though.

For the time being, however, the only way to get piano sounds out of a guitar remains guitar-to-midi conversion – for anyone who knows otherwise, please report here.

Pardon me if I’m mistaken, it’s not my cup of tea, but using the audio-to-cv plugin. What we need then is a cv-to-midi-note to loopback into the MDA piano plugin.

Unfortunately at the moment we only have a midi-to-cv plugin, but I think it should be rather easy (well, for someone that knows how to code plugins) to make a “reverse companion” of this.

Of course it would be a mono thing, because the audio-to-cv works only mono.

but I think it should be rather easy (well, for someone that knows how to code plugins) to make a “reverse companion” of this.

That’s what Roland thought many years ago. “Hey, we have the best pitch-to-voltage system in the world, so let’s take that voltage and convert it to a midi note.” After all, MIDI itself had been an idea from Roland’s president at the time, Ikutaro Kakehashi. (All of us musicians owe him a great deal of gratitude, by the way.)

No. That only happens with a keyboard.

When it comes to the guitar, it almost never ever outputs exactly 4 volts when one plays an A4. Then, to make it a midi note, the pitch bend value has to be added. Worse yet, even a loose string when played has a fluctuation of pitch, so the pitch bend value has to be continuous. Then velocity decreases. Then the player’s finger moves slightly over the string and new pitch bend values are created. Then the player touches the string with the left hand before it actually plays the note (which is almost always the case), so there’s a hammer-on, but wait! an actual note is coming right after, so you can’t play the same note twice. Then the instrument also produces noises that get output in the guitar signal. Then each string sound slightly different than the other, and each pick creates a certain shape to the wave, and every pickup has its own sound characteristics. Then… you get the idea.

Pitch to midi conversion relies on guessing a lot of the time for the sake of speed – or else they wait long enough to detect the actuall note, but that comes with a considerable latency. The best systems are the ones who guess better, and most use divided pickup to separate the sound of each string.

Therefore, your logic is correct, but implementing it is not that simple. And MIDI doesn’t help either, it’s a rather imprecise specification for a lot of things.

I have never tested the program, just for information: 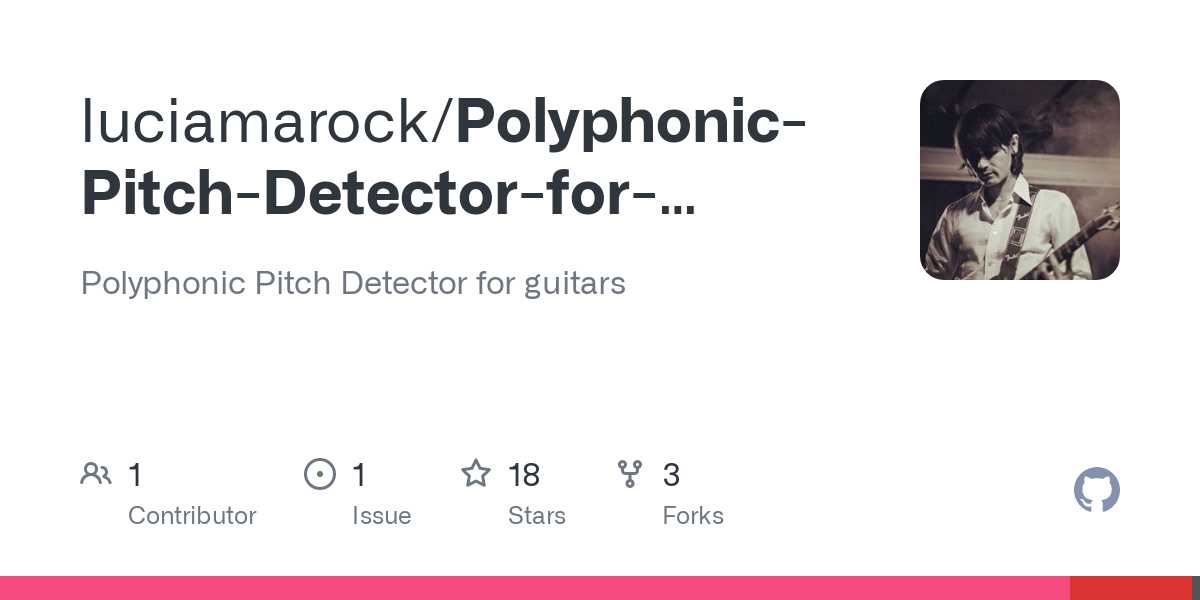 Polyphonic Pitch Detector for guitars. Contribute to luciamarock/Polyphonic-Pitch-Detector-for-guitars development by creating an account on GitHub.

cv-to-midi-note to loopback into the MDA piano plugin

Unfortunately at the moment we only have a midi-to-cv plugin, but I think it should be rather easy (well, for someone that knows how to code plugins) to make a “reverse companion” of this.

The problem is exactly here. It is not that “easy”.
@QuestionMarc said it all. Thanks @QuestionMarc

I have never tested the program, just for information:

This seems interesting @khz! Thanks for sharing