Ok, see if this works: 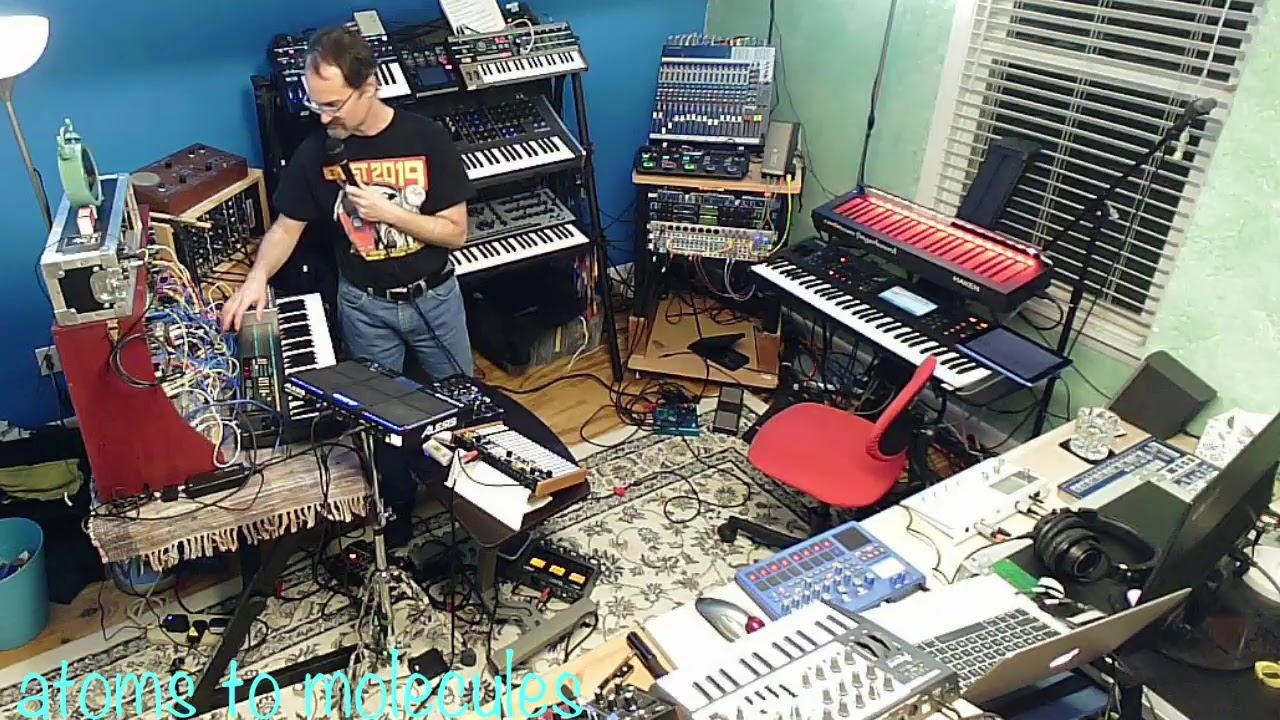 Although on the Youtube video you didn’t allow it to be watched from an external website, but we can click “Watch on Youtube”.
Thanks for sharing! Crazy amount of gear that you have there! I am Jasper: A UK baritone guitarist (beginner, I am awful and really should stick to playing keys, but I neeeeed to touch the noodles with my fingers!) who’s massively self indulgent proggy/shoegaze/ambient pedalboard forced me to look at alternatives.

And so here I am, absolutely loving the DuoX, the team and the community.

Don’t be that bad to yourself…I believe that it would be way more problematic when you don’t have room to improve on something.
Thanks for the nice words

Hi all,
I’m Gary - an Australian veterinarian who has been rediscovering guitar and learning much more. Guitar was always this thing I loved but was never much good at. After a relationship breakup I fell back into guitar with more vigor and started teaching myself keyboard with a full-sized Casio epiano. Then the gear acquisition started lol. I decided I needed a better guitar and was lucky enough to stumble across a second hand Godin XTSA with the GK synth pickup built in and a GK33 Roland synth. I had much fun with this thing (as well as a Fender Mustang digital amp) and started to learn more about using the keyboard as a midi controller for my iPad. Then added a Steinberg UR44 as an audio interface for my iMac and started getting serious with GarageBand and Adobe Audition (been an Adobe graphics user for decades).

I added the Mod Dwarf a couple of months ago as well as more guitars (mmmm PRS, MMMMM! Les Paul!) and I am just having sooo much fun! Using the Mod with the keyboard is awesome. Using it with my bass guitar is sensational! Using the GK33 to send 1 straight guitar signal and 1 GK synth signal into the Mod is crazy! Left channel has Roland’s version of an overdriven stack and the right channel has a Mod version of an overdriven stack - the stereo combo blows my mind!

Now all I need to do is learn to play! Fortunately the joy of all these toys, both traditional and modern, keeps me playing every day and I’m actually getting better

sounds like quite the gear acquisition journey you have been on. Awesome that the love of the gear is keeping you excited to play! Would love to see your collection if you have picture you can’t post in the Show Us Your MOD Setup! topic

also it’s cool to have another designer here, I already saw you chimed in on one of the plugin ui ux discussions

Heh, I’ll admit I was delighted when I heard your Aussie voice on some of the YouTube vids. Then I realised just about every video seems to have someone from a different part of the world! Such an awesome multicultural company! You guys must have interesting discussions in the lunch room!

Haha that gives me a bit of a kick. Yeah we are pretty multicultural I guess. Australian, Brazilian, German, Dutch, Portuguese, Irish, Tunisian, American to name a few. I think right now we are technically primarily Dutch

despite being a German company founded in Brazil. There are a lot of “in my country” conversations at lunch mostly about silly politicians haha

Dwarf user since a month or so, just came here to say hi and thank MOD for creating this godsend. Already cleaned up my pedalboard space-wise (and got rid of my rack when playing live so less stuff to carry around).

A bass player! That is cool around here, you should share with us some of your pedalboards

Hi guys. Probably it’s time to say hello and write some bio about myself and why I like MOD.

I am a Russian DevOps / Linux systems engineer with at long lasting passion for making noises.
Not sure if I am a real musician - as soon as I do not have any education on that, and I had spread my efforts thin across too many instruments to achieve anything of value in anything particular. Started with bass, tried guitar, double bass, soprano-alt-bass recorders, xaphoon, clairnet, venova, hang drum, tank drum, korg wavedrum, kalimbas, even exotic stuff as shahi baaja, some other instruments. Made my own MIDI flute, MIDI controlled step motor synth, shovel electric slide guitar with homemade pickups, diy tap ladder, 3d printed flutes. At some point I’ve realized that it is clearly a GAS (gear acquisition syndrome) of some sort, and while attempts to bite every piece of gear and instrument I see are fun - it does not lead to anything that would be worth to write home about.

This autumn I’ve got instrument of my dreams - Chapman Stick, and decided to consolidate my efforts into it, as it is quite a universal instrument. That’s where MOD Duo X appeared in my life. I was fascinated by the idea much earlier, when the fist Mod Duo was on kickstart, but at that moment was not yet convinced.

Also, it is fun to see that MOD evolves, new plugins come, new features appear, it is like waiting for a Christmas present, always a novelty. (For comparison - good luck to have at least a bug fix for the known annoying issue from Roland for their devices)

Thank you a lot for your introduction @ignis32

No worries, you have quite of a story to tell and it is super interesting to read. I think that the GAS thing is something that many of us can relate to and your experience to overcome it is quite insightful.

You mentioned here a few interesting things and I would personally be interested in watching and learning more. The DIY stuff or the MIDI-controlled step motor synth really caught my attention. You should share some videos with us…

I had to leave all my 5 guitars and tons of gear behind in a haste, and I live in Tbilisi, Georgia currently.

…but I guess you had to leave it behind

that is really shameful! Not going into politics either, but I personally believe that nowadays it’s even quite stupid to act like this and disrupt the lives of others and even our people…We live in an age of communication and where -for good and for bad -everything and everyone is at a distance of a click - like me and you talking from Berlin to Tiblisi right now. Napolean or Hitler’s times are long gone and regardless of how imperealist, egocentric or simply stupid we are, nowadays there’s no benefit to such actions, even if you want to dominate the world or just one little corner more (at least this is what I believe).

Anyway, please keep sharing your work with us. Just to help you a bit with your GAS thing…

Sounds like Maker GAS to me. That’s good stuff

Sorry to hear about your… hasty relocation. I’m glad you’re at least safe. And, welcome to the forums!

My name is Michael and I live in Rome. Just trying a Duo X that I borrowed, but I might buy it if it all works well.

I’m mostly an ambient guitar player (check my nickname!) and was attracted to MOD after watching Chords of Orion’s videos. Hope I can recreate the atmospheric sounds from his videos and also loop on top of them.

It looks promising so far!

Another italian? Welcome (or benvenuto if you wish

). As I’m also experimenting with ambient sounds, I’d like to hear your approach to that.

And most of all have fun!!!

Nice to have you here in the forum.
Feel free to ask about anything.

Please have a look at ambient pedalboards in the pedalboard feed for a quick start.

Hey @mj_prod, thanks for that! MB Ninth Wave is totally my thing.

(For some reason I’m not allowed to include links)

I understand next to nothing about music but I can help with italian ;). Have a nice day.

Hi!! I’m Gabriele from Italy, i’m a Chapman stick player and mod-duo user.
Hope to share and learn in this forum!